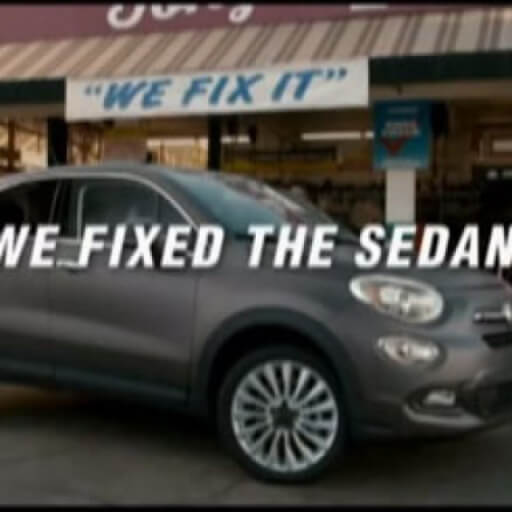 Maybe the guy from Coke got a job at Fiat… Some of you may recall I blogged a year or so ago about Coke releasing a video about their “assistance” in the fight against obesity. And I thought it was a bonehead move only highlighting their contribution to the problem in the first place. (Plus killing my joy buzz for drinking Coke.)

Now Fiat is elbowing into the game…

Auto historians (or just older folk) may remember that Fiat, (like Alfa Romeo, Renault, Citroen, Peugeot) had to beat a retreat from American shores because of a legion of cars beset with reliability problems. And for years, Fiat was jokingly referred to as an acronym for “Fix It Again Tony.”

In recent years, Fiat has fought its way back to the U.S. And now, in a worrying reminder of times past, Fiat has again scored at the bottom of JD Powers quality surveys. Further worrying is the new spot being released by Fiat. It is a play on the “fix it” legend. I think it is a knuckle-headed decision for 2 reasons:

Here’s a nutty idea that GM and Ford finally wrapped their heads around: Just start making good, attractive, reliable cars. People in the U.S. really like that in their transportation. Or at the very least Fiat should refrain from inserting themselves in “fix it” conversations.