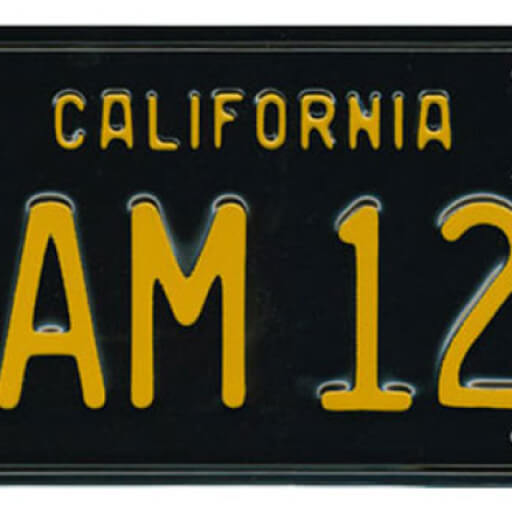 Yesterday I gave in. I’ve always said that specialty license plates are a waste of money, but the new black California plates are going to have to go on my ’71 Buick Riviera. I cannot live in a world where (as I saw yesterday) a 2014 Honda Accord has the black plates and my Riv does not.

Which leads me to a thought…

A few years back I was in a meeting on one of the University of California campuses, which I was told was the first meeting where all 30+ deans were in one room. We were there to discuss the branding of the university as a whole vs. school by school. Dan Burnham, ex-CEO of Raytheon and at the time the head of the Trustees asked me, “Simon, we don’t have an unlimited budget for this, are there any things we could do that would be effective and not cost much money?”

I answered that actually, some of the things most important and most effective would almost certainly save them money. Back then, I had never been to a meeting at the university where 5+ people from the same department/school would have the same business card. And every PowerPoint seemed to be a custom creation. And so this tremendous university with many extremely accomplished faculty (including, a number of Nobel Laureates) had no unified message about its greatness. They would almost certainly save time and money by having all business cards and all PowerPoints created from the same template, but also, importantly, have them all pushing the same brand message. I have found this to be an all too common situation in large organizations.

And so back to license plates:
California still represents the American Dream to many people both in the U.S. and abroad. And the scintillating tagline that we choose to affix to the 13 million vehicles carrying California plates?

Wow. I guess we’ve decided that Californian governmental gridlock should be our defining feature. Also that our citizens have never heard of Google and so would need to walk out to their car to obtain the web address of the DMV. Perhaps it’s part of a state-sponsored plan to encourage web-browsing while driving.

So here we have it: a free mini billboard on every one of the 13+ million vehicles registered in California and it is just thrown away. I don’t even ask for originality, Governor Brown. Going back to using “The Golden State” would do the job just dandily. While you are at it, the blue and yellow or the black and yellow plate colours of old are also much better looking than the current colour scheme.

And here I saw maybe the flash of genius. Could it be that they make the standard plate so boring that the upcharged specialty plates become more alluring?

I don’t think so. It’s just that no one with the power to change it is thinking what messaging could be achieved by 13 million billboards.