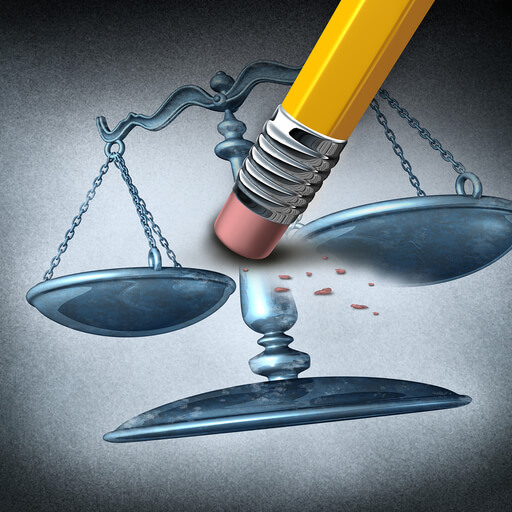 I have a very distinct memory from sometime in my mid-to-late-twenties, when I competed in a lot of triathlons.  I had just finished the Reston Triathlon, near DC, and was sitting on a grassy area enjoying a post-race snack.  A middle-aged woman walked up with a couple of young assistants.  She was dressed strangely, wearing a t-shirt over a dressy blouse and athletic shorts over panty hose with running shoes. She was also in full make-up and wearing a string of pearls.  I was quite interested in why she was approaching us.  She came up and started asking if we lived locally and handing us pamphlets. It quickly became apparent that she was running for office.  I asked her if she had just competed in the race that everyone else sitting around had just exhausted themselves doing.  “Errr, no,” she said. I must admit, I was rather incensed and said,  “So you figure that by changing your skirt for a pair of shorts, you are now one of us? That we share a common bond?  That we should now vote for you?”  It was so absolutely phony.  It was insulting to our intelligence.

I thought back to that moment when I saw some politicians kneeling while wearing kente cloth scarves last week.  All I could think was, “NOW you’re committed to this?” Similarly, the NFL now says it is just fine to kneel during the national anthem after all. Funny how Colin Kaepernick still does not have a contract…

Earlier this week, as I had my coffee and caught up on local and national news, I read that in my hometown of Santa Barbara, the city council decided to push back the contract for a new police station out of this year’s budget. The current station is falling apart, operating at three times capacity and is not seismically fitted. We totally need a new one.  One of the council members tried driving on both sides of the street saying it was something to look at again in the future.  I think this is politician-speak for, “I need some more time with my finger in the wind.”

Thirty years ago, it was becoming political fashion to be, “tough on crime.”  That mantra became electoral catnip for aspirant politicians.  And it worked. Politicians outdid and outbid one another for who could be “toughest.”  And it got them elected.  And here we are living in the aftermath: our prisons are filled with low-level offenders (and innocent people) that could be living productive lives. People that could be part of family support systems and thriving communities.  People that had their offences structured by prosecutors in such a way that a 6-month term suddenly became life without parole – and then that being celebrated as a “victory” for justice.

I am uninterested in politicians wearing kente cloth and kneeling. I am very interested in how “victory” in our criminal justice system gets recalibrated.  What does “obtaining justice” mean in the future? What is considered a “success” for the community?

Anyone remember whacky Ross Perot?   One of his great quotes (or at least great to me) was, “You either build better schools now, or you build bigger prisons later.” So succinct. He called it for what is was. He may have been wrong on a number of things, but his pragmatism in this area was refreshing. Rather like Eisenhower warning against the industrial-military complex (and losing to JFK who promised to spend heavily on military might… hello Vietnam) Perot asked whether our money was best spent creating communities or criminalizing communities.  The US had turned investing in the prison-building system into a necessity for being elected. Ann Richards, who seemed unbeatable in Texas, lost her Governorship to George Bush after being labelled “soft on crime” for not building enough prisons.

And, as fate would have it, our nation had spent 200 years shaping part of the populace as ready-made to fuel and fund the process. Given the worst schools. Confined to reside in success-free zones. Red-lined for bank loans and mortgages. Criminalized on every TV show and movie for decades.

The police are following the job description that was laid out and incentivized for them. If a police officer’s path to career advancement is via the number arrests and convictions they make, what do you imagine you are you going to get? And how do you think it will be achieved? Viewed through those optics, the vast majority of police have been the paragons of restraint.

A few years back, I was invited to speak at a conference hosted by AAA and the LAPD.  I showed a slide of 2-dozen tooled-up paramilitarized police officers proudly posing with their new armored car.  I gave the Ronald Reagan quote, “Hi, I’m from the government and I’m here to help you.”  It was met by silence. The officers in the room saw the picture on the screen as representative of the tools that they needed to do their job; they did not see that presenting themselves to the community in this way helped create the very issues that they would then say the armored car was needed for.

I also showed a picture taken in Ferguson during the unrest. It was a picture of a line of riot-geared officers facing a line of African American men about 4 feet away. I asked the audience to tell me words that came into their heads as they looked at the picture.

“Anger,” “hate,” “opposition,” “riot,” “violence,” were amongst the unsurprising call-outs.  “But,” I posited, “I bet that if I took 5 people from each line and separately asked them questions such as, Do you believe in law and order? Do you believe in the value of Constitutional rights? Do you believe that justice needs to be delivered fairly?  I would have received “yesses” from everyone I asked.” That was met with heads nodding in agreement.

We need to find hope in that. With minimal prodding, these officers recognized their shared values with their community, not their differences.  I really believe that most of us want what is good for all of us.  But we have a system that is not set up to deliver that.  As long as politicians run on “tough on crime” – and get elected. As long as prosecutors are incentivized to see convictions and justice as the same thing and that that is more important than what is best for the community and families. As long as our economic system makes it more expensive to be poor than rich. As long as the future of those without power (rapidly becoming much of the US) can be bartered willy-nilly by those with power. And as long as people support that system by giving away their votes without thinking: …We get the country we asked for.

Sure, police need to change how they operate. But who tells the police what to do?  And who put those people into power?  This is not a political party argument per se, it’s just a reminder that the country goes the way your vote goes. (And remember, this has been going on for a long time, so every political party has been complicit along the way).

MLK said that he had a dream where the content of our character would be more important than the color of our skin.  I think he would similarly say that the votes you make, the companies you support, the system you invest in is more important than the kente cloth you wore last weekend. That’s what the Montgomery bus boycott was about; recognizing and using the power you have.

I love the saying, “The best time to plant a tree was twenty years ago; the second-best time is today.”