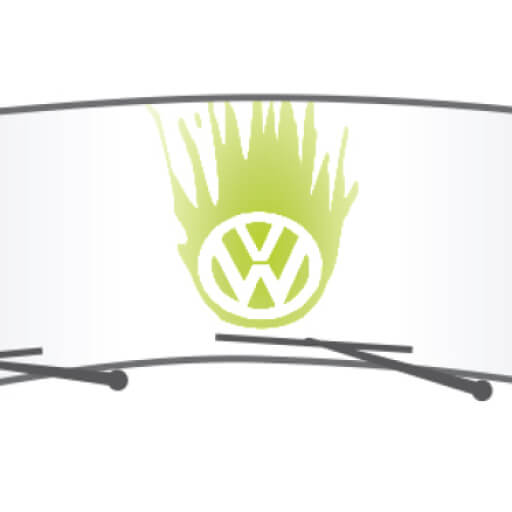 There’s something I taught my son when he was around 8 and he still remembers well at 12. If I ask him, “how do you keep a secret?” he will reply, “tell no one.” Sounds rather simple. It is.

And yet here we are with the colossal blunder, (or errr… willful criminal fraud) that is the growing VW story. Somehow, the management of VW figured that a secret that tens, if not a hundred, people must have known about, would not see the light of day.

Bill Clinton could not keep a lid on the secret that was his dalliance with Monica Lewinsky and the people tasked with keeping that secret were actually called the Secret Service!

But there is a back-story here that I think is worth looking at. What is your driving force? You and your company?

Up until 2007, General Motors had led global car sales for 77 consecutive years. But slowly, the ramifications of a quote attributed to two different GM CEOs came home to roost. “General Motors is not in the business of making cars, it is in the business of making money.” In the purest mix of capitalism and altruism such a focus would lead to building the best vehicles possible to make the most money possible. But in the real world, that can easily lead to lowest common denominator decisions purely to wring out short term profit. (As GM learned from around 1972 to 2000.)

In the early 2000s the folks at Toyota had realized that GM’s hold on the global sales lead was tenuous and made the decision to do what it would take to assume the #1 position. They became #1, but what it took was a very public slip in quality control followed by deaths, investigations, recalls and a lot of damage to Toyota’s core brand identity which was built on quality. They had been gaining on GM for years by “simply” making the most reliable cars on the planet. But they switched their focus and paid the price.

Now it is VW that has “done what it takes” to wrest the global sales crown from Toyota (which it achieved just this year). I’m sure there was no management retreat where they white-boarded international fraud, but it can be the off-shoot of making your core identity about a sales number. As a result, they have left themselves wide open for crushing fines and lawsuits. (And perhaps jailed executives?) I doubt if VW will go bust, but perhaps someone might like the idea of buying a global car company for half-price…

So my question to all of you is: what is your focus? Is it still being the best purveyor of what you do? Or has it become doing what it takes to meet the numbers?

Ask yourself. Ask your employees. Ask your customers. Listen to the answers and adjust as necessary. One answer forms your decisions from the dark-side of you fighting for every quarter; the other forms decisions based on a radiant march to long-term success. (And happy customers and employees is a nice bonus!)